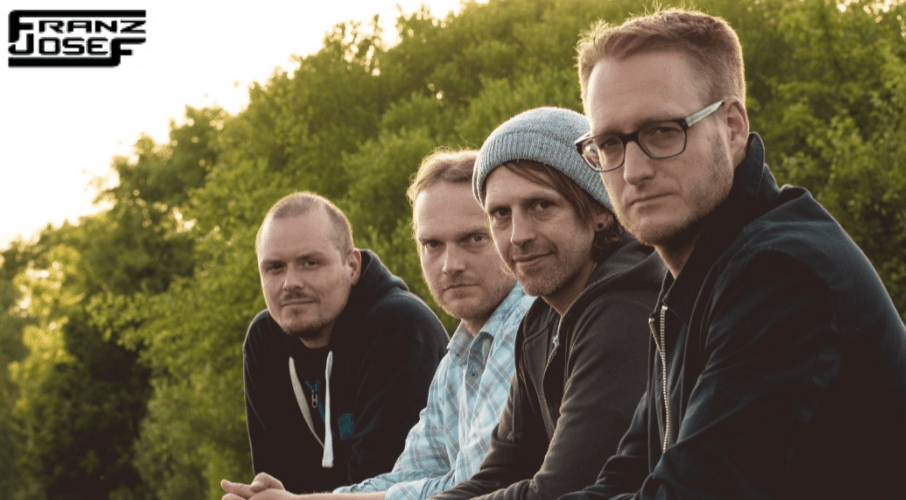 Franz Josef is a singer and songwriter from Germany and started his own merchandise-business with his own branchbob store, in addition to his music career. In an interview he told us what is also going on in his career and how he came up with the idea of running an online store parallel to his full-time job.

Franz, please tell us a little bit about yourself, your band and how you got into music

I am a musician and songwriter, released my first album in 2017 and won the first prize at the German Rock and Pop Award in the category "Best New Rock and Pop Artist of the Year" at the end of 2017.
But my musical career started at the age of 5, back then with practicing the piano. After a longer interruption I'm musically active again since about 10 years, that's how songwriting developed. Constructing German lyrics has become a great passion, which is also an essential part of my songs. I've been on the road with my band since mid-2018. Especially since I'm not a teenager anymore, it's not that easy to get musicians enthusiastic for such an unusual project. Most musicians are, if not full-time on the road, mostly part of bands or have a desire for other things. However, this makes everything I do special from my point of view, because we all have great fun with the songs, the implementation and the elaboration. I think every spectator will notice that, especially live, and soon also with the first songs which are realized in the studio.


What kind of music do you produce and with which album/ song did you make your breakthrough?

Musically I would settle it, if I had to, in the German pop genre with many influences from the schlager and rock area. Actually I don't like classifications, because with them you unnecessarily limit your thinking in the musical field. In addition, you are constantly developing further and/or change your style. It is important to me to make music that me and my band colleagues enjoy and with which I can communicate what I want to say, because the lyrics are very important to me.
I haven't had a commercial breakthrough yet, this has been missing for various reasons. The commercial success is surely an important point, which I pursue, since this is indispensable if you want to be a musician in full time.

When did the idea for your own merchandise store come up?

From the very beginning, I have followed the motto of appearing as professional as possible in all imaginable areas. When it comes to a merchandise store, it is important to be able to also use the online distribution channel. Especially as an independent artist this seemed important to me.


What exactly do you sell in your store and what is special about your products?

Beside CDs I sell shirts in different variations. The special thing is that the shirts can only be bought in my own online store and at our concerts.

How did you hear about branchbob and why did you choose branchbob?

I became aware of branchbob when I restructured my business account. There was a store included. A change of the account provider also resulted in a change of the online store. Branchbob offers me the possibility to provide a merchandise store at fair conditions without running costs. Another important point is that PayPal is offered without surcharge.


Was opening your online store harder or easier than expected? How long did it take to set everything up?

The opening was not a big hurdle. What is needed everywhere, namely the creation of the products and their variants, took up most of the time. All in all, I would say that the setup was completed within a few hours.

The first sale was received after a few days. Since I have been selling online for some time, the main feeling was that the process is running smoothly.


What are your plans for the near future? What can your fans look forward to?

I don't even know where to start. Currently I am in the songwriting and recording process with my musicians. After the first album was released in September 2017, it's time to release new songs. This is what I am roughly aiming for until the end of this year or the beginning of 2020. More important than timing is the planning process around it. Unlike the first releases, there probably won't be an album, but non-physical releases. In any case, the fans can look forward to an EP, which will probably be distributed exclusively via the online store and at gigs. But not before 2020. In terms of the online store, there will certainly be a new shirt collection in the next few months. Due to the current processes any innovations or changes need time and will be well thought out.

Would you recommend branchbob as a shop system to other music colleagues?

Of course! From my point of view, the offer is unrivalled at the moment and cannot be implemented elsewhere to this extent and at that low cost.

Where can we find out more about you and your band?

Don't try to be something you don't want to be deep in your heart! Life is of course often a big compromise, but don't forget yourself, your dreams and wishes!

Thank you Franz Josef for the great and detailed interview. We hope to hear a lot more from you and your band and we wish you all the best for your musical career and your online store.